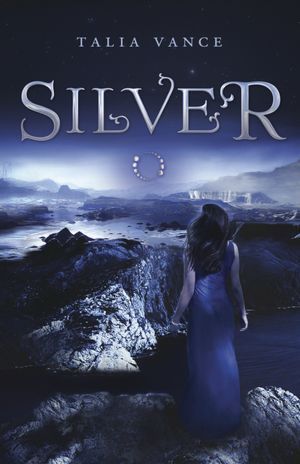 “As I step into the room, a silver flash blurs my vision. Before I can take a breath, the world falls away.”

Brianna has always felt invisible. People stare right past her, including the one boy she can’t resist, Blake Williams. But everything changes at a house party when Brianna’s charm bracelet slips off and time stands still. In that one frozen, silver moment, Blake not only sees her, he recognizes something deep inside her that she’s been hiding even from herself.

Discovering she is descended from Danu, the legendary Bandia of Celtic myth, Brianna finds herself questioning the truth of who she is. And when she accidentally binds her soul to Blake, their mutual attraction becomes undeniable.

But Blake has his own secret, one that could prove deadly for them both.

Bound together by forbidden magic, Brianna and Blake find themselves at the heart of an ancient feud that threatens to destroy their lives and their love.

The main character, Brianna and her clique are typical dumb, spineless female characters. They make girls look like they need boys all the time to protect them, like they couldn’t live without boys. All the female characters are so obsessed with boys.

“The only thing that’s changed is the way Blake looks at me.

And it takes my breath away.

Blake’s eyes glow in the firelight. But it’s the flames behind his eyes that make my whole body run hot. I can feel myself blush as he brings his hands to my cheek, branding me with his touch. “Brianna Paxton.” He lets his fingers rest against my skin, stroking just beneath my chin. “You are even more beautiful than I remembered.”

The romance. Blake & Brianna. Brianna is like Bella Swan 2.0. Whiny, clingy, without her boyfriend, her world is coming to an end. The whole soul-bonding thing is okay. But they’re lusting each other, it’s like lust-bonding. Just. No. And the chemistry between them is just nonexsistent. Brianna and Blake also stalks each other, which is creepy.

I really like the whole backstory and legends about Danu and other ancestors, and the powers the Bandia has. But when you don’t like the main character of the story, it ruins the whole book for you. If you like Twilight and mythology, this book is for you.

One thought on “Book Review: Silver by Talia Vance”