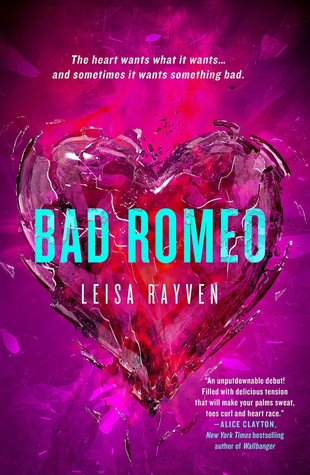 
The heart wants what it wants… and sometimes it wants something bad.
When Cassie Taylor met Ethan Holt at acting school, sparks flew. She was the good girl actress. He was the bad boy about campus. But one fated casting choice for Romeo and Juliet changed it all.
Like the characters they were playing, Cassie and Ethan’s romance seemed destined. Until he broke her heart and betrayed her trust. Now the A-list heartthrob is back in her life and turning her world around. One touch at a time.
Cast as romantic leads once again, they’re forced to confront raw memories of the heartbreaking lows and pulse-pounding highs of their secret college affair. But they’ll also discover that people who rub each other the wrong way often make the best sparks.

I seemed to missed the memo that this is a NA book, because this book took me by surprise, in a bad way. The cover looks YA to me, and the summary said acting school so I was expecting some flashback for some good old highschool romance, but no. That’s not what I got.
What I got are 2 very dysfunctional main characters I can’t even read about them. Cassie Taylor supposed to be a good girl from some countryside, but the moment she met Ethan Taylor, all she could think about is how to fuck Ethan and how big his dick is. And how she’s a virgin.

Most nights I touch myself, pretending the hands aren’t mine as I search for the crashing pleasure I keep reading about in Harlequin romance novels and Cosmo.

I have to get away from him, because if I don’t, I swear to the tiny, sweet-smelling baby Jesus, I’m going knock him to the ground and straddle him.

It feels like I’m reading a porn instead of NA novel.
Ethan Holt supposed to be the brooding-dark-bad-boy-with-inner-demons but all I see is a rude and a jerk. I don’t care what his reasons his, he’s so rude. The way he talks to everyone (includes Cassie), the way he acts. He even told Cassie to give him a hand job in the middle of the school, right after he read Cassie’s extremely perverted diary.
The worse thing is, Cassie allowed Ethan to walk all over her. Evertime they got together, or do something, Ethan would push her away and insult her. But Cassie would take him back because they feel this connection or attraction and because obviously, Ethan’s dick.

What the hell do you want from me Taylor? Huh? Do you want me to fuck you? Or are you just looking for some random cock to pop your cherry?

Even Ethan is exparated by the way Cassie keeps shoving herself at him.

And the plot got repetitive after a while. Cassie shoves herself at Ethan, fantasizes about him, they do something, Ethan turned into more of a jerk, Ethan pushes her away, saying they’re bad for each other, Cassie got hurt, but she’ll take him back.

One picture to summarize it:

7 thoughts on “Why I DNF Bad Romeo by Leisa Rayven”