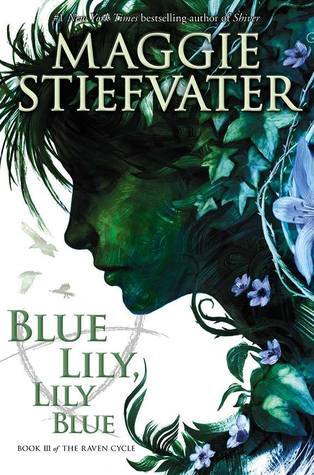 Blue Lily, Lily Blue
by Maggie Stiefvater
E-book edition, 416 pages
Published October 21st 2014 by Scholastic Press
✰✰✰✰
The third installment in the mesmerizing series from the irrepressible, #1 NEW YORK TIMES bestselling author Maggie Stiefvater.
There is danger in dreaming. But there is even more danger in waking up.
Blue Sargent has found things. For the first time in her life, she has friends she can trust, a group to which she can belong. The Raven Boys have taken her in as one of their own. Their problems have become hers, and her problems have become theirs.
The trick with found things though, is how easily they can be lost.
Friends can betray.
Mothers can disappear.
Visions can mislead.
Certainties can unravel.

This is a long overdue review of BLLB. I want to posted this review not too far with my review of The Raven King. And I guess because I’ve been putting it off for too long, now I’m just kind of don’t know what to say. I’ll just put up a list of what I think about BLLB.
TRK review will be up around next week, so stay tuned.
So overall, I really like this book! I think it’s my second-favorite in the series. Except for my problem with some characters and plot, it’s a fantastic and magical world that would transport you to Henrietta and makes you want to explore underground caves!