Today’s topic will be about problematic faves, “characters you don’t want to love, but you can’t help liking.” I have to admit that this week’s topic is pretty confusing for me since I rarely love a character I don’t want to love…. unless they are villains or anti-hero. So this week’s choices is composed of my favorite villains and antihero.

If I actually met him in real life, I bet I wouldn’t be as amused as I am now watching his crazy antics through the screen. But for the time being, since I am not at the other end of his craziness, I thoroughly enjoyed watching him. He has superior detective skill and 99% seems cold and manipulative, yet if you pay attention he actually cares about his inner circle, even though he showed it in a not obvious way. At times I got pissed at him too, especially when his actions ended up endangering people around him, but overall he’s definitely a character I’m fond of. As the show (and movies) progressed, you can see that he become more ~humane~ and I’m so proud of his growth. Can’t wait to see more of him next year!

*taps mic* you ready guys? This is going to be a long one.

Yes, Loki did horrible things. He tried to kill Thor on so many occasion, killed the frost giants, try to conquer Earth- killing a lot of people in the process, and finally usurped the throne. But Loki is such a complex characters; he’s unpredictable especially considering where his character’s arc is going after watching Ragnarok and the leaked Infinity War footage. We know he has some good in him, but the thing is does he still have it or not?

Also we can’t overlook the WHY factor, why his personality did a 180 backflip, why he snapped. The whole Asgard constantly overlooked him, in the first movie you could pay attention of how everyone being dismissive of him (Thor ignoring him and shutting him down, Heimdall refused to hear him, the Allfather barely talked with him). One tumblr user even point out how Thor barely looked at Loki when they were talking.

And then there’s Odin. In the comic, Odin is abusive but it’s never mentioned in MCU of Odin being abusive. But he constantly do shit and then conveniently dissapearing when his children need him. Loki just found out that he is a adopted, and to make matter worse, he is a frost giant; a race Odin annihilated and hated by the whole Asgard. Instead of comforting or talking to him, Odin went into Odinsleep. Then the “no” scene at the end of Thor 1. Like, damn it Allfather, apparently you don’t understand the concept of family communication do you? And then there’s his whole behaviour in TDW, and shit repeated again in Ragnarok, only in bigger scale. Honestly, if anyone need a proof of Odin’s shitty parenting, Ragnarok is a whole movie on that topic.

Subjugating other race is wrong, there’s no world or scenario where it’s an okay thing to do, but Odin acquired peace in the nine realms through the same thing. He obliterated the frost giant and his father, Bor, killed the dark elves. Thor planned to slayed frost giants and got banished. Loki did the same thing, dangling at the edge of universe, and Odin couldn’t even sweet talk Loki to got back??? That’s just wrong on so many levels.

The why factor aside, the most interesting thing about Loki for me is his unpredictablity. Is he good? Is he bad? We can see that he still love Frigga and care for Thor, but is it enough? Did he really do it all to gain Odin’s approval and to gain recognition only, or did he had any other desire? What happened when he fell, since it’s pretty obvious in the beginning of Avengers that something is wrong with him. Which side is he really? How did he survived TDW?? Not to mention is snark, sarcasm, and the elegant yet predatory manner he has. It’s like he’s both nice and a villain, and he himself couldn’t decide which one he is. A lot of people love Loki because of Tom Hiddleston’s good look, but tbh for me it’s the characters himself and the way Hiddleston adds the depth of the character that made me fell in love with him. I’m not saying he’s innocent, but I’m always excited to see him on screen because he always give surprises in every movie.

He goes hand in hand with Regulus Black. Both are raised in the family that indoctrinate that pure-blood is the way of life, openly supporting Voldemort and the killings he did. For Draco, it was worst because both his parents are Death Eaters, while for Regulus it’s just his cousins. Draco obviously looked up to his dad and searched for his approval, it’s pretty obvious that his life goals early in the series are being death eater.

And he did it. But over time he came to see the truth and scared of what being a death eater means, especially since his first mission was to kill Dumbledore. Failure would mean certain death for Draco. Yet he’s not stupid and knew that killing Dumbledore means that Voldemort could actually start his reign of terror. Regulus had Sirius, Andromeda Black, and some sane Black family. Draco? All his family are death eater. He had no escape.

The worst thing is, Draco never got his chance at redemption. We knew Regulus sacrificed himself, but the biggest defiance Draco did was by not identifying Harry, and he did it out of fear, not sense of righteousness. He sort of got his chance in the movie, but sadly it didn’t made the final cut.

Both Draco Malfoy and Regulus Black were born in the wrong family and made the wrong choices, but unfortunately for Draco, he didn’t get the chance to set things right. 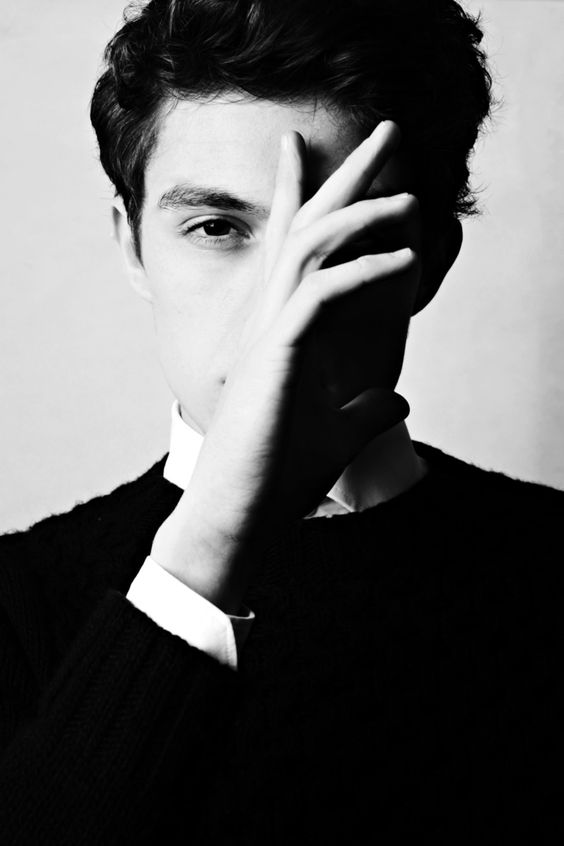 *crying* THIS GUY NEVER GOT HIS CLOSURE.

Yes, he’s a stalker, manipulative, authoritarian ruler. But if you actually has the power to turn things around for your people, which were hunted for being different, would you actually do it? Won’t you actually try to make a chance using any way possible, especially if the current ruler couldn’t (and wouldn’t) do anything to help your people, who are being captured, experimented, and burned? Especially if the rulers are incompetent and has no care on stately matter?

The Darkling has been hunted for his whole life for being a grisha with unnatural power. He was told to suppress his power to prevent being captured. He saw his fellow grisha fell to foreigners hands and were prosecuted. Unlike the others though, he did something to change things. He bid his time, plotted, and now instead of being hunted openly, the grisha is part of Ravkan army, one that make Ravka such a strong country. His ways and plans are definitely not right, but his initially intention was good.

I guess spending an eternity alone, doing the same thing over and over again, can twist your mind and heart that way.

No reason tbh, other than his snark and sarcasm. Also, his unpredictable antics are always interesting to watch. I haven’t catch up with the current season of SPN, but he’s quickly become one of my favorite character in the show. Unpredictable little shit seems to be a theme here.

If you guys are still reading this, THANK YOU! Writing this post has been very cathartic for me, so thank you for reading it until the end🙈