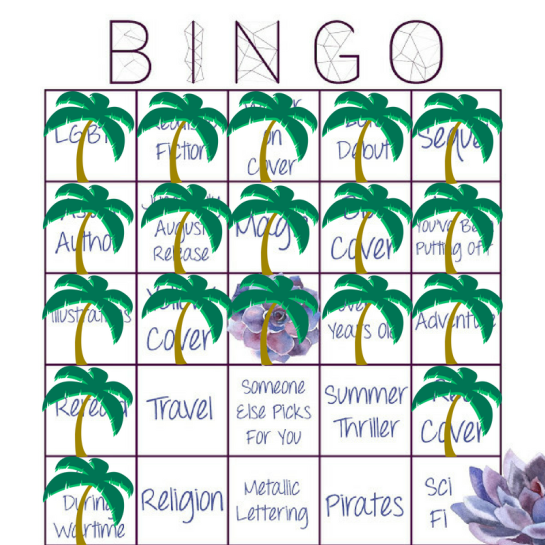 As another season comes to an end, so does another bingo. Today I’m going to share with you my wrap up for summer bingo 2018!

I definitely do better this summer than I was in Spring. I still have no game plan and read whatever I want, but I managed to get 4 bingos! I’ve been very busy for the last half of August, but if I didn’t, I think I could get 2 more by reading books about travel and religion (which I started already, and really enjoyed).

✅ Water on cover: The Gloaming by Kristy Logan

✅ Sequel: Smoke in the Sun by Renee Adhieh // Spoilers ahead because I’m a ball of bitterness (ft some Gordon Ramsay)

✅ Asian author: A Thousand Beginnings and Endings by Ellen Oh // An Asian Anthology we’ve all been waiting for.

✅ June, July, August release: The After Closing by Jessica Bayliss

✅ Magic: Sea Witch by Sarah Henning // Not what I expected, but it hits all the right feelings

✅ A book you’ve been putting off: Strange the Dreamer by Laini Taylor // What happened in Weep, stays in Weep

✅ Freebie: Clara Voyant by Rachelle Delaney // Do you believe in horoscopes and magic? ♌

✅ Over 5 yo: Harry Potter and the Goblet of Fire by J.K Rowling

✅ Adventure: A Letter to the King by Tonke Dragt (DNF)

✅ Reread: Harry Potter and the Order of the Phoenix by J.K Rowling

❎ Someone else picks for you

✅ Set during wartime: A Secret History of Witches by Louisa Morgan

Did you join the bookish bingo? How many squares did you cover?