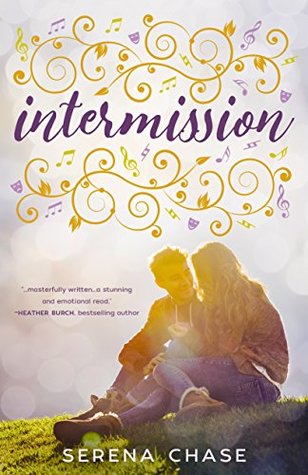 Sixteen-year-old Faith Prescott eagerly awaits the day she will exchange her small Iowa hometown for the bright lights of Broadway, but her success-driven parents want her to pursue a more practical career, labeling “artsy” people—including their daughter—as foolish dreamers worthy of little more than disdain.

When Faith meets nineteen-year-old Noah Spencer she discovers someone who understands her musical theatre dreams . . . because he shares them.

Faith’s mother despises everything about Noah—his age, his upbringing . . . even his religious beliefs—and she grasps at every opportunity to belittle his plans to study theatre and pursue a stage career. When those criticisms shift further toward hostility, resulting in unjust suspicions and baseless accusations, an increasingly fearful stage is set for Faith at home, where severe restrictions and harsh penalties are put in place to remove Noah Spencer from her life.

But Faith has never connected with anyone like she has with Noah, and no matter how tight a stranglehold her mother enforces to keep them apart, Faith will not give him up. Behind the curtain, Faith’s love for Noah continues to grow . . . as does her determination to hold on to her dreams—and him—no matter how high the cost.

Intermission is one of my oldest backlist ARCs and one that I’ve been wanting to finish for a while. It follows the story of Faith, who grew up in a family that doesn’t appreciate and even scorned her artistic side. She met and fell in love with Noah, a fellow aspiring artist, and they immediately hit it off. But the fact remains that her parents won’t approve and would do anything to separate them.

I’m really surprised with how well-written this book is. The writing style just felt really comfortable and warm, it’s easy to read and the words flowed really well. It can get pretty cliche, but for some reason, it never annoys me and I feel like it adds to the “cozyness” of the story.

Another surprise came when I realized how religious this book is. I looked it up on goodreads… and voila! It is a christian fiction. While I enjoy reading books about cults and religions go bad and everything, I never actually read a christian fiction. But I’m already in and I really enjoyed the story, so I decided to take a break… months long break.

But I did came back, and the story is still enjoyable. Our couple, Faith and Noah, are really adorable. Due to Noah’s steadfastness, they barely kissed and definitely no sex. They talked, they pray, they grow together. It’s like all the things my parents would say to find from a guy. Basically, Noah is 1000% parental approved. Their love towards theater really shines through and it also really connects them. I’m rooting for them, but unfortunately, not everyone is.

The story took a nosedive around the middle, where Faith’s parents figured out about Noah. Not only they didn’t approve him because he’s also an actor, there’s also an issue of him being 19 while Faith is 16*. Oh, and they are also from a different church. So yeah, Faith’s parents, especially the mom, despised Noah. Faith and Noah decided that lies mean that they didn’t have a relationship that is faithful and which means their relationship should be parent-approved, no matter how hard it is. The result is a lot of anger and resentment on Faith’s and her parents relationship and increased hostility.

*As someone from outside of the US, I really don’t understand the big issue of their age difference. Correct me if I’m wrong, but is it because 19 is considered an adult and 16 is a minor? We do not have age of consent here, as far as I know.

I get what the author is trying to do, but it’s hard for me to relate. It makes the characters seem really naive and gullible, and the lack of support from people around them is astounding. A lot of this abuse (yes, I’m using this word because there’s no other word to describe Faith’s mom behavior) is also swept under the rug with all the talks of “forgiveness”. While I appreciate the sentiment, I would rather see them deal with it.

Overall, Intermission is a pleasant surprise for me. The writing is really good and the romance is really to root for. It’s been a while since I’ve read a romance where the characters are friends and more than romantic, it’s like their connection goes way deeper. The christian element didn’t really bug me at first. The only criticism is that story took an unexpectedly dark turn and I wish the author did more to address this part of the story instead of glossing it over.