But anyways, welcome back to my blog and happy new year to all of you! I hope you guys had a great December, especially with Christmas and NYE’s at the end of the month. Let’s see what I read and do at the last month of 2019!

Sooo December was a pretty meh reading month 😞 I think it affects me for the rest of the month as I actually also started DECKED WITH HOLLY by Marni Bates and A SHIVER OF SNOW AND SKY by Lisa Lueddecke but I wasn’t in a reading mood, so I can’t finish it before the month ends 😭

Not much for January as I will probably be really busy preparing for my finals and bachelor’s thesis! All my finals will be paper and poster submission, so I have a lot of work ahead ✊

Not much happened in December, but if I could describe it in a word, it will be exhausting.

December marks my final weeks of classes for a while. At least for me, as I plan to work first before pursuing my master’s or PhD. Our class in general isn’t THAT close, but I guess the realization that we will separate soon just hits us and the mood has been great so far. We also had a christmas party and karaoke session in one of our classes, so it’s been bittersweet and memorable, to say the least.

The holidays come and this year, my family decided to use the new highways that connects the entire Java island. So from my hometown, we decided to visit some relatives in Surabaya before going to Yogjakarta. The highways were really nice as it makes travelling really short and easy. The trip was fun, we ate a lot of stuff in Surabaya, visited a lot of relatives, and spend two relaxing days in Yogyakarta. We also won 2 (!!!) doorprizes from the hotel!

But the return trip was hell. I probably should’ve mentioned this in January wrap up, but might as well. So in case you didn’t know, Jakarta (and it’s nearby area of Bekasi and Tangerang) has been hit with a really bad flood. The water rose rapidly and as such, there wasn’t enough time to evacuate for many people. 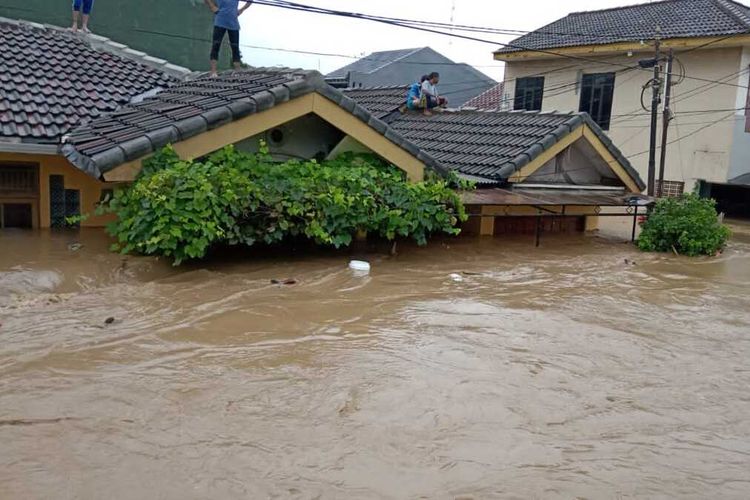 Another consequences though, for many of us that coming from outside of Jakarta, the traffic was really bad as many routes are closed. There is no officers present that could explain the rerouting though, so we all just follows the sign. At one point, all the incoming traffic was dumped to Cikarang and I kid you not, it was like parking. Some people got stuck for 10-24 hours in the same place, not moving. Luckily my family decided to stop at a hotel- initially there was no room available but we decided to sleep in the parking lot as it still have toilet and restaurants right, but around midnight someone cancelled their booking so we got a room. We decided to brave the possible traffic tomorrow to go home, but luckily my dad knows the are and the route did not have traffic (despite having to drive through so many alleys and villages). It was hell because we were so close to home (16 km) and yet we were stuck for so long.

So yeah, 2020 didn’t start with the best way. It gave me a really bad anxiety (Sitting still in a small, enclosed place for infinite amount of time with your parents being angry at each other is NOT an experience I’d wish on anyone) and I definitely swear off long-distance road trips. I am not repeating this experience ever again. But also, we were really lucky that we didn’t get stuck on a road, we got a room and able to get home safely. So I’m really grateful for that too at the same time!

How was December for you? How was christmas? Did you guys go anywhere for the holidays?