Upon writing this post, I just realized my latest Screen Rambles post was titled November & December… 2020. Weird. Idk what I was thinking at that time, but I don’t think I was that distracted that I time-travelled forward a whole year 😂

Anyways, January was a huge watching month so prepare yourself for a long post! 🍿

So this is a k-drama that has been on my watch list for quite a while! The premise is super interesting: a mysterious substitute teacher came into a high school and suddenly, students started disappearing with no one able to recall them. It was revealed from the beginning that he’s been granting the missing students’ wishes, however, there’s always a horrible turn in the end.

Nightmare High is kind of a short web-drama (12 episodes, 12 mins each), so I flew through it in one morning. This series got polarizing review- a lot of people enjoyed the mystery but really hated the ending. And I kinda feel the same haha. I love the mystery; the eerie atmosphere surrounding the teacher and the school in general. The feeling of something that’s supposed to be there, but not. Each missing students got 2 episodes to tell their story and it’s interesting to see how their story got twisted in the end. And it’s actually creepy, because each story line represents the fear/desire every teenagers student ever wanted. I especially enjoyed Ahn Si-Yeon’s storyline and the turn it took in the end. But yeah, the ending was disappointing as it did not give any explanation. I love open ending, but it was too loose that it was frustrating. 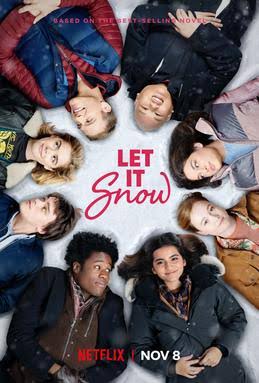 I mean, January is like an extension of December so why not watch this movie? ❄

I’ve read the book, but it was years ago when it was first released that I couldn’t recall anything except a train and a horde of cheerleader. I immensely enjoyed the movie, I think it was cute and fun, but also have some heartfelt moment. I can tell that there are a lot of things that are changed from the book, but I don’t mind and actually love this movie better! I really love Stuart and Julie, as well as the Duke and Tobin 💕💕💕

It’s just such a feel good movie and I’d love to re-watch it every year!

I’m honestly in the mood for more Adam Driver content and with all the buzz regarding Marriage Story, I figure it’s time to give it a try.

I’ve seen the trailer. I loved it. I’m bracing myself for the pain and heartbreak. And this movie kinda delivers? Adam and Scarlett’s performance are amazing, I can feel their love, resentment, regret, and longing. As well with the side characters, especially Laura Dern. I love her so much in this movie!

And it is a painful movie to watch, even for me who haven’t experienced divorce (whether me or my parents), I couldn’t imagine what people went through when they undergo the process. But it also didn’t like, make me cry because maybe I am lacking the emotional attachment to the premise. However, I still really highly recommended the movie with its amazing cast, emotion, and storyline!

Okay so maybe Marriage Story is affecting me more than I thought? I was in a funk for the latter half of the month, but idk whether it was because of the movie or not.

But anyways, it puts me on such a rom-com mood that I decided to give Sweet Home Alabama a try. And I love it so much????? It’s just so much fun, with Reese’s doing southern accent and being spunky 😂 And young Patrick Dempsey! I’m honestly really rooting for him in this movie- he’s nice, adores and love Melanie, and willing to do anything for her. Like… he did nothing wrong 😭

I love the banter and chemistry between Melanie and Jake, as well the reference of their connection and shared experience in the past. But I couldn’t see the same amount of love as in between Melanie and Andrew. They always talked about the past but never the present or the future. I still root for them because it’s a great storyline, but tbh I can’t see them last forever like other rom-coms couple 🙈

But other than that? I love the southern setting! Of Melanie’s parents, of her antics, of her friends. Of her friendship with Bobby Ray, and how they accepted him. It’s just such a fun atmosphere that give me the pick me up I needed! 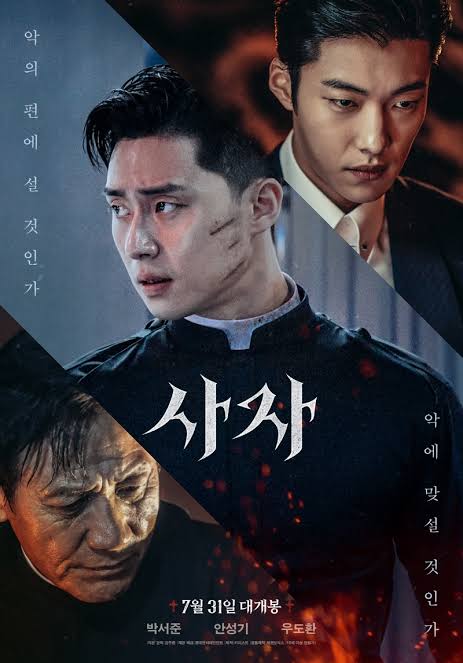 I think it was released last year and I really really want to watch this movie, mainly because of Park Seo-Joon, but because of the theme it has. It seems like a darker, more action version of Stigmata.

However, I was quite disappointed with the movie. It has a great premise and I especially love the possession/exorcism theme. But the main villain reveal was disappointing and tbh the overall plot feels like it was trying to achieve too much, while it was actually underdeveloped. I feel pretty bored most of the time, which is sad because it has a lot of potential to be a new favorite. 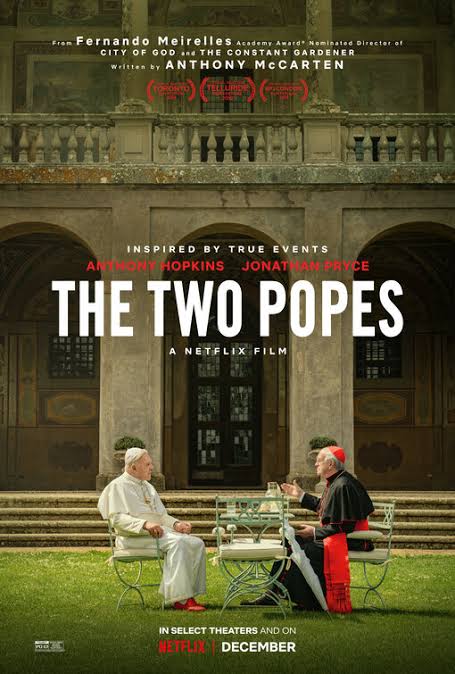 In case I haven’t made it clear: I love church-based movies- especially if it has a hint of tradition and some ~scandalous~ topic. The Da Vinci Code, Angels & Demons, Da Vinci’s Demons, the Borgias… you name it. I do have The Young Pope and The New Pope on my watch list!

I think it was safe to say that Benedict XVI’s resignation and the abuse scandal rocked the world, especially catholicsm. When Francis was appointed, a lot of people felt more secure with his humble principles and actions. His views definitely do not sit well with other more conservatives, which Benedict was. So it’s interesting to see the relationship between them, even though it was fictionalized.

I honestly didn’t realized it wasn’t a documentary for the first half an hour because Jonathan Pryce look so much like pope Francis, it was scary 🙈 I can see Anthony Hopkins- Hannibal and Odin have forever cemented him in my head. But Pryce? I legit thought it was Francis! Anyways, I really enjoyed to see their relationship development. We got Francis… who’s always been Francis even before his papacy. And then there’s Benedict- backed into a corner by the many scandals and people who did not like his decisions, Francis one of them. They met, they debated a lot of points made during Benedict’s papacy. It was a rocky start, but they eventually grew to respect each other. It has several heavy moments- Francis talking about his role in Argentina dictatorship and Benedict’s role in the catholic abuse scandal.

I really enjoyed this movie as it really humanizes the popes, with their fear, anger, anxiety, and views discussed. It also have some light moments that referenced contemporary views, such as the #PopeCup (German vs Argentina during the world cup) and the cinematography, while beautiful, make me laugh several times with their constant zoom in on speaker a la Arrested Development.

It definitely feels like an anti-Benedict, pro-Francis propaganda at times, but overall, I really enjoyed it. 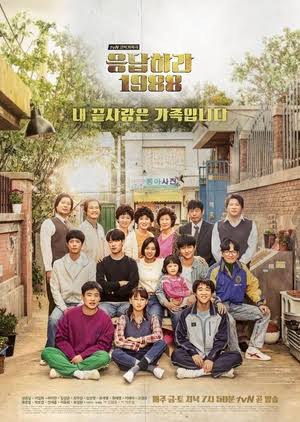 *sigh* It’s been two years, I guess? But I made HUGE progress in January! Now the plot finally moves along, I’ll definitely finished it after I’m done with all my thesis submission documents! 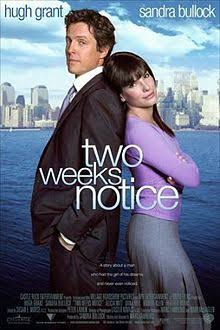 And the rom-com mood continue! I watched it for Sandra Bullock, but hey Hugh Grant is a pleasant surprise!

I don’t have much to say about this movie, it’s pretty generic in terms of rom-coms haha. I love Lucy though; how she stood by her principles and unconsciously fell for George. And George, other than being pampered and clueless 99% of the time, actually have such a good heart! I think they’re great characters, but it feels pretty generic and didn’t pack as much punch to be a favorite. 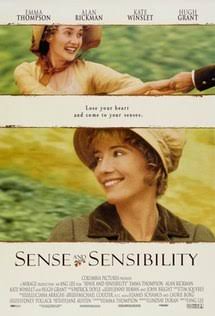 Okay so maybe Two Weeks Notice was generic, but love me some more Hugh Grant. And what’s a better movie to watch him rather than Sense & Sensibility??

Honestly though, this movie was soo long. It does stay true to the spirit of Austen, but I can see why people (as in general audience) prefer 2005’s Pride & Prejudice style of period drama. As always, Elinor is my favorite (Emma Thompson fits the role 10000%) and the other characters annoyed me 😂 But honestly, I can see all of them have good intentions!

And tbh this movie doesn’t have enough Hugh Grant, but I love the proposal scene 😂

And finally, the movie we’ve all been waiting for!

Miss Americana and the Heartbreak Prince is one of my favorite from Lover (the other being Lover, Cornelia Street, and Daylight) so I’m super excited for this one! It truly lives up to its premise: it offers us a glimpse of Taylor Swift as a person instead of the pop goddess that she is.

Set during the most tumultuous years of her life (from her feud and ultimate public crucifixion to her mom’s diagnosis), we can see how much the events impacted her and how much she has grown. We can see how sad she is, even when she’s “normal”, like just talking, sometimes you can just see how sad she is. But also, how happy she is (THAT scene with Joe is the cutest, I’ve been smiling so much watching it!) and how content she is with what she has now. It’s a pretty revealing documentary and I highly recommend all of you to watch it!